There is no shortage of cuteness around our house lately!  I know it sounds cliche' but Jack is SUCH a happy and chilled out kid.  And along with being happy comes LOTS and LOTS of giant, open-mouth smiles!  He has the sweetest little face and the prettiest eyes!  His eyelashes are just like his brothers' - and it even looks like he's wearing eye liner because they are so thick.  Not fair!!  We have really enjoyed this first 6 months with our little guy even if our life is a little hectic because of it.  I could not have imagined a better fit for our family.  Here he is at 6 months old...that bear is gettin' smaller and smaller! 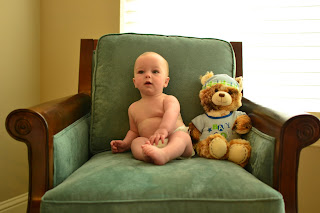 I just noticed in the following pictures that his hair looks red!  It is actually coming in a medium brown, similar to Owen and Mason's color.  So far I think this little guy shares hair color, eyes, and eyelashes with his brothers. 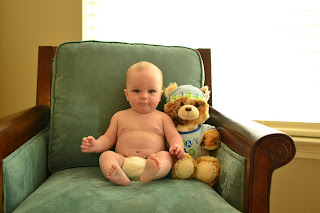 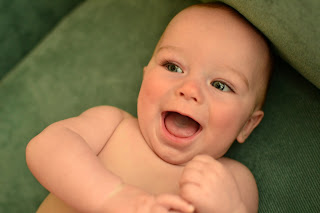 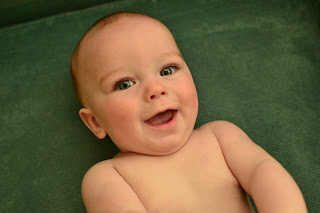 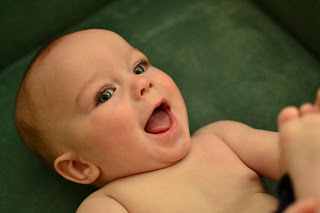 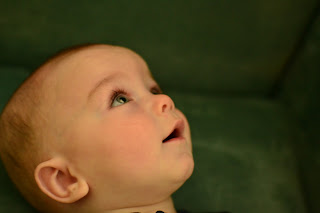 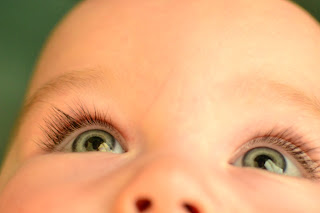 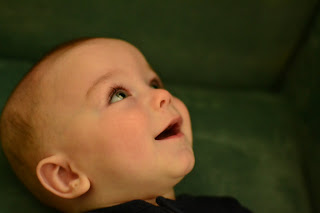