To say we are all really enjoying our Jack-boy around here would be an understatement! 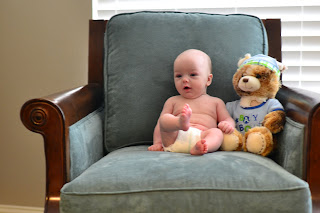 Owen In a Nutshell

Posted by Erin and Aaron at 12:49 AM
Newer Posts Older Posts Home
Subscribe to: Posts (Atom)