Another first day has come and gone and the kids were excited to get going!  Owen popped out of bed by his alarm (I was instructed NOT to come in and wake him up) and was already putting on random clothes (he would have been the winner of funky clothes day) when I walked in.  I had to remind him that he picked out a new shirt for the big day.  "OH yeah! I forgot!"

Mason was excited and also woke up with the alarm, but he was a little slower to pop out of bed.  Once he got going though, he was fine! 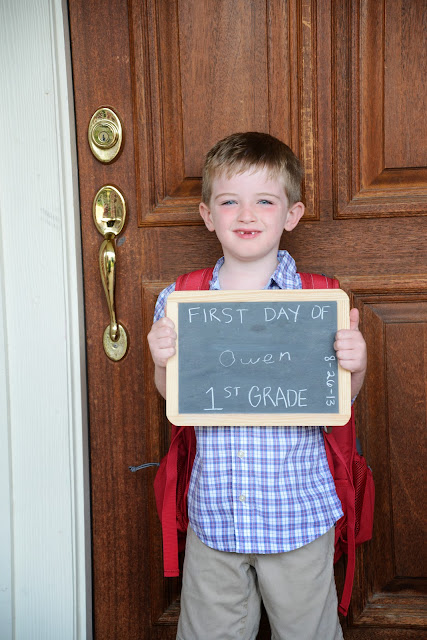 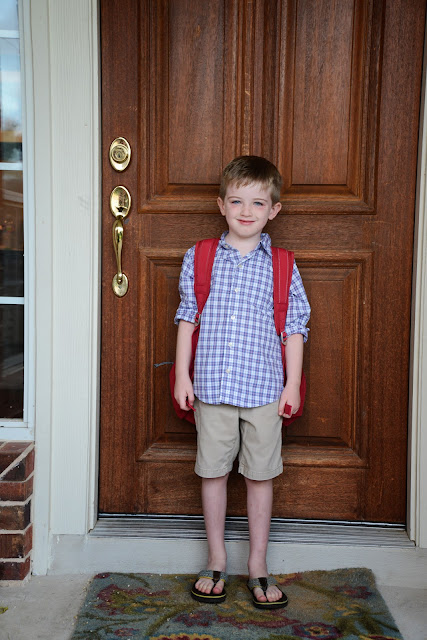 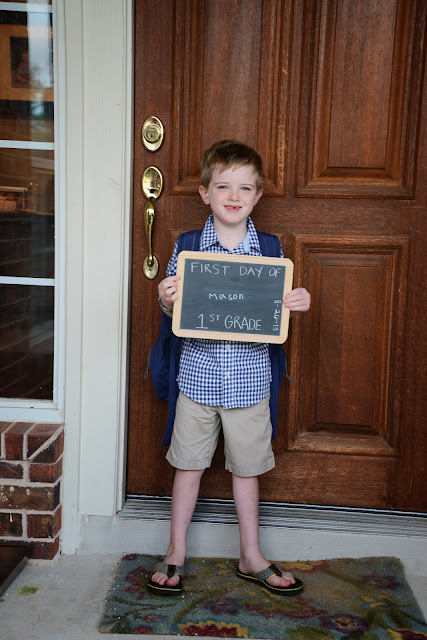 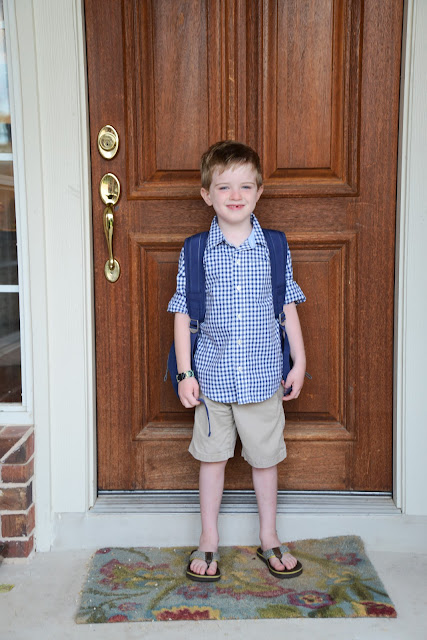 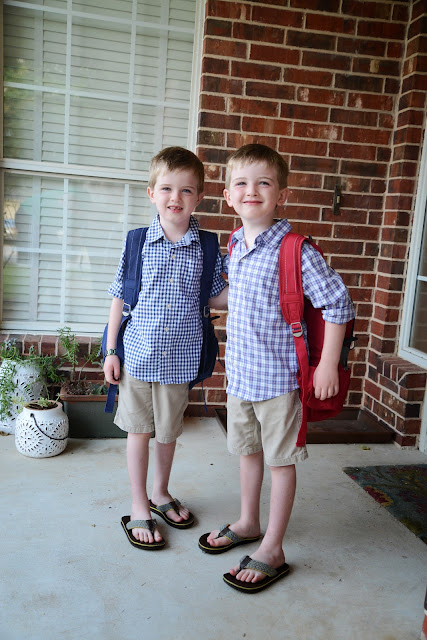 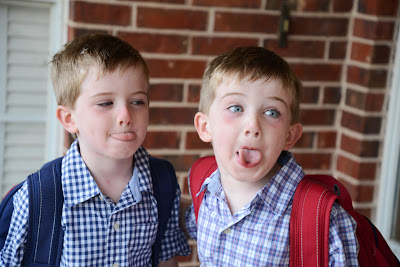 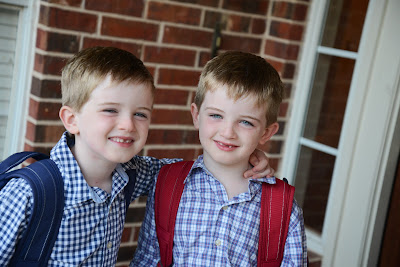 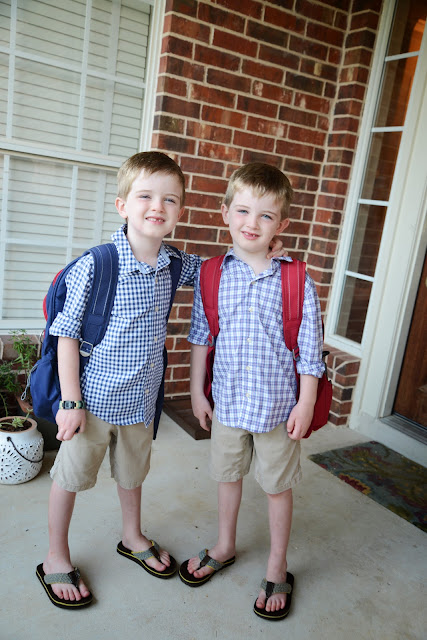 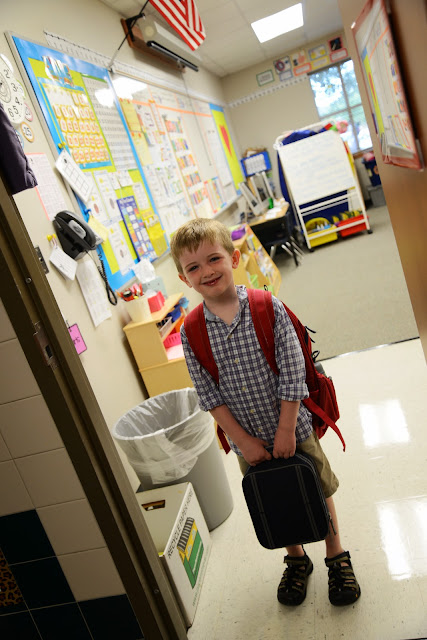 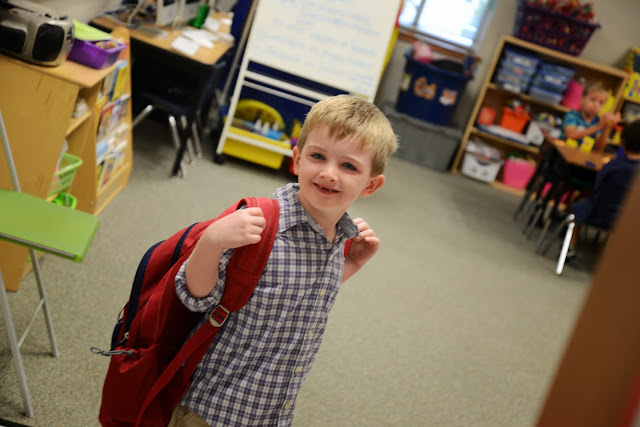 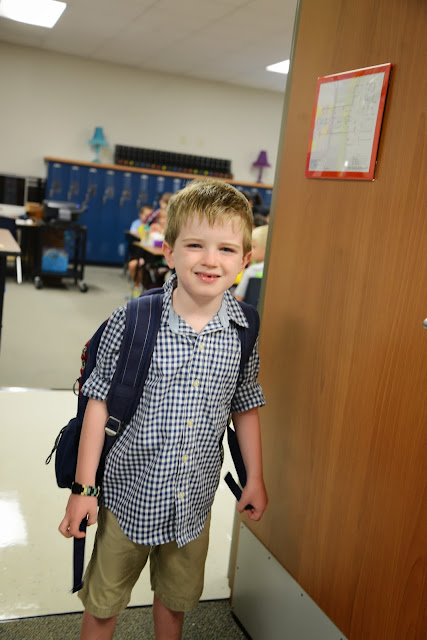 The end of the day was met with big smiles from everyone and big hugs from Jack.  That little guy was practically skipping across the parking lot once he realized we were there to pick up his big brothers!  Owen and Mason's buddy, Emma, was also there to surprise the boys at the end of their first day.  The rundown from the boys was mostly good - got to see each other and play with their friends from last year at recess, no homework, etc. 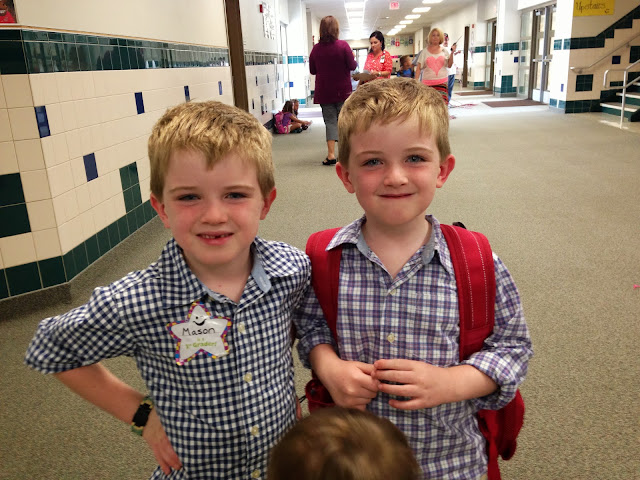 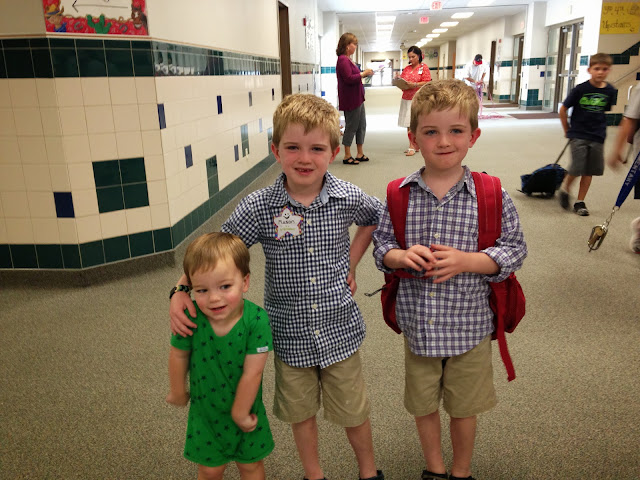 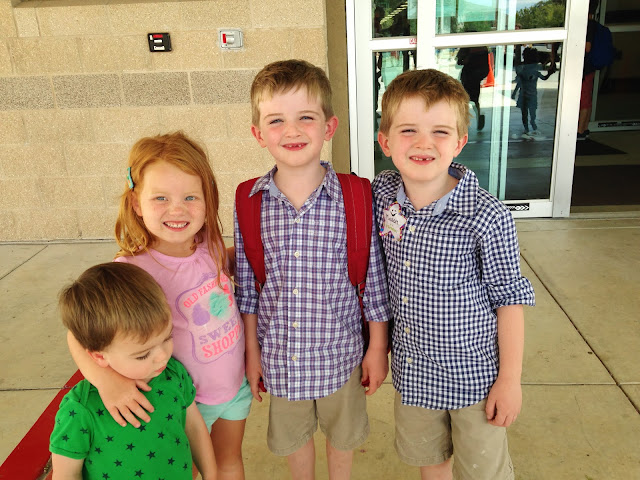 The only bummer was that their classes go to PE on opposite days.  This (and recess time) was sort of a saving grace last year since they are no longer in the same class.  Overlapping those two times of day was a good middle ground and kept being separated much easier.  I am sure all will be fine, but I know Mason was bummed. He was counting on PE as a time to see Owen and their other main little friend.  Let me back up a bit: this main friend (along with main friend #2) are in Owen's class this year.  Leading up to meet the teacher night, I heard nothing but "I hope 'friend #1' is in my class" from both boys. I told them it was only possible for MAYBE one of them to get this friend, but more than likely NEITHER of them would have him in class.  During meet the teacher night, Mason realized that not only friend #1, but also friend #2 were BOTH in Owen's calss, AND there wasn't really anyone he had already bonded with in his class.  His precious little face immediately dropped the big smile.  He tried really hard to not act bummed at meet the teacher, but I could tell.  I had to take a moment myself and choke back some tears on his behalf.
Anyway, despite all that, the boys were excited and had a great first day.  After we got all 4 kids loaded back up, we headed to Dairy Queen (along with the rest of LISD) for a post-first day treat!  And since they said they want to go back tomorrow, I'd say the first day was a success! 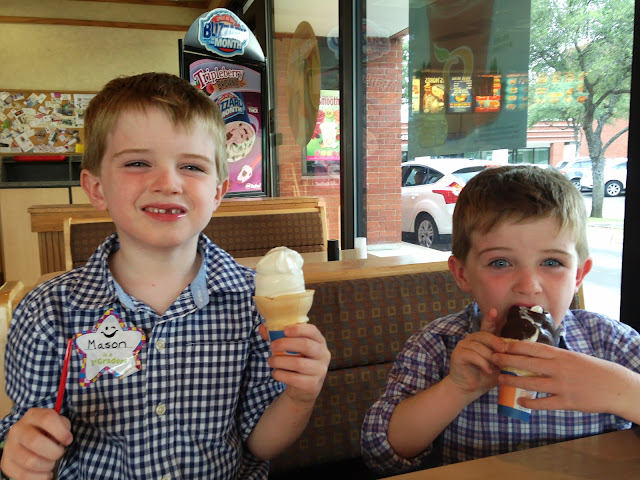 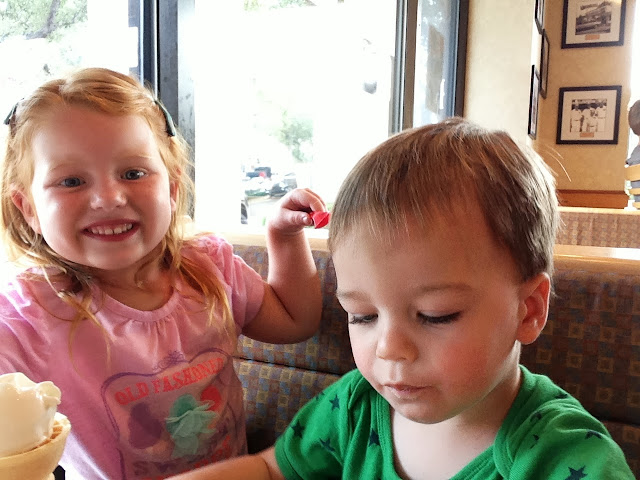 We spent an afternoon on Granna and Granddaddy's boat, along with some new friends. The boys had a blast swimming, rafting, sitting on the front of the boat, and being brave jumping off the top of the boat! 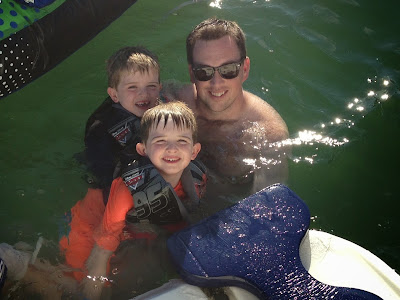 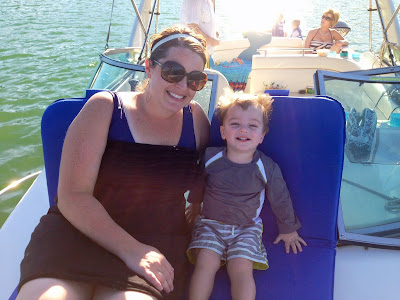 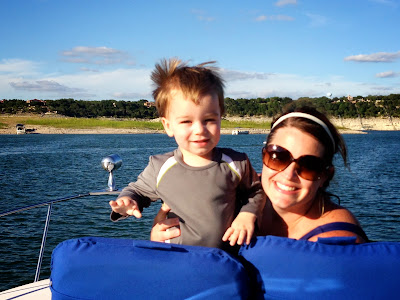 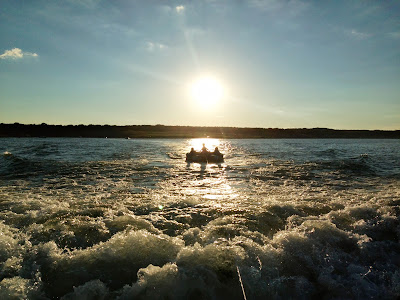 Posted by Erin and Aaron at 12:12 AM
Newer Posts Older Posts Home
Subscribe to: Posts (Atom)