Unbelievably, it's already been 3 years since we welcomed Owen and Mason into the world and everything changed for the better.  Now that they know what they like, we decided to let them decide what kind of party they wanted to have.  Their answer? "Rock and Roll!!"
We kept things simpler this year than we did in last year's pirate-themed party, but we still added a personal touch by creating our own original invitations and door hanger.  Erin drew the background and I pitched in on Photoshop. 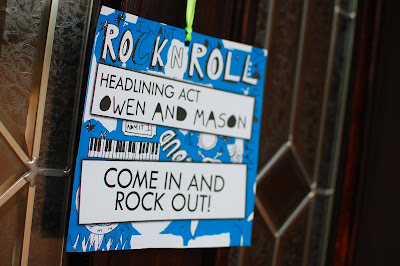 We liked last year's banner so much that Erin made another, Rock N Roll-styled banner for this year's party. 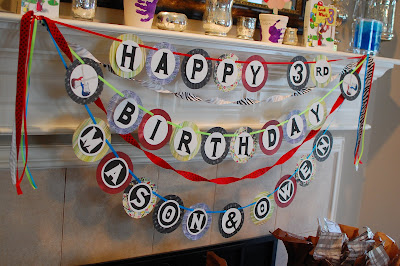 Each child had their own tambourine to decorate.  Other favors were microphones, inflatable guitars, and Rock and Roll stickers. 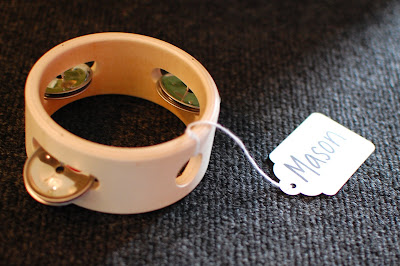 Cupcake Cafe made a great guitar cake for Owen and Mason.  It was huge (for our 50+ guests) but delicious. 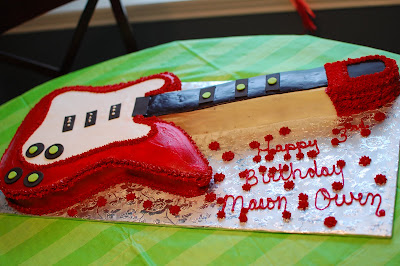 We kept the food simple this year, with some snacks and pizza. 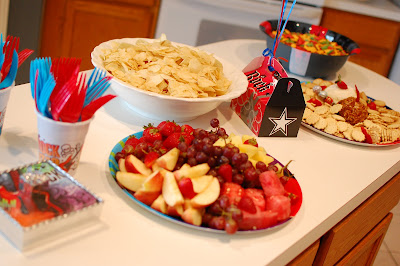 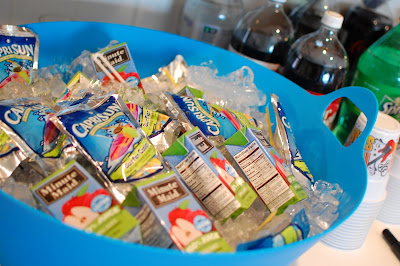 The centerpiece of the party was an awesome stage that Granddaddy and Erin built.  We set up a camera and a TV so the kids could see themselves dancing, which turned out great.  Little did they know, the camera was recording the whole time :)  We made a music video out of it. 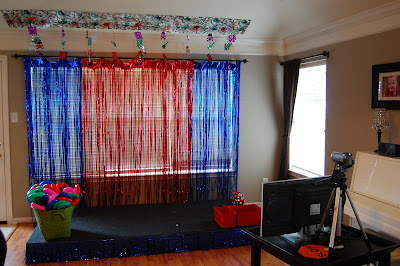 We also had a pinata and everyone had fun playing outside. 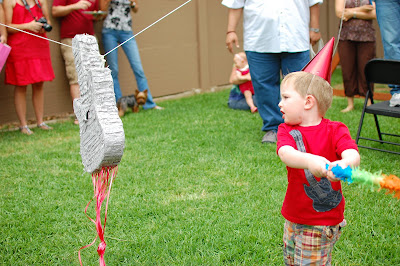 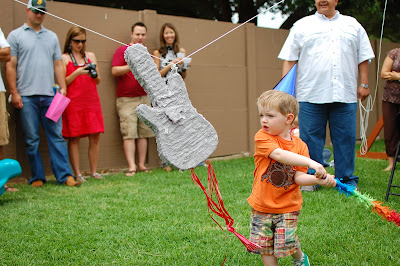 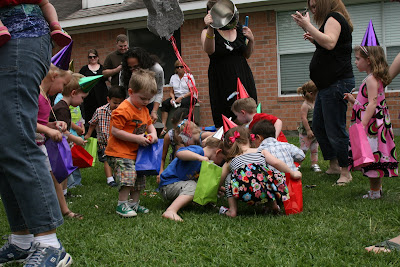 I think everyone had a great time.

Here are the rest of the pictures from the party, including a lot of good ones from all the great people who came.  Thanks so much to everyone - Owen and Mason had a blast, and it was definitely a memorable experience.


And, finally, the music video.  On Stage at Owen and Mason's 3rd Birthday (set to their current favorite song): 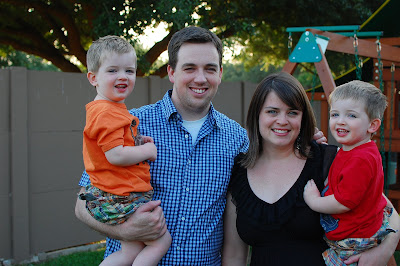 Happy Birthday, Guys!
Posted by Erin and Aaron at 12:21 AM

Spring is already winding to an end here in Houston, but it was beautiful while it lasted. We took advantage of the beautiful weather and scenery of Washington County and shot some bluebonnet pictures of the kids.  We enjoyed it so much that we went on back-to-back weekends.  The first pictures are from Washington-On-The-Brazos State Park, and the second set is from an amazing field of bluebonnets that we saw while driving down 290. 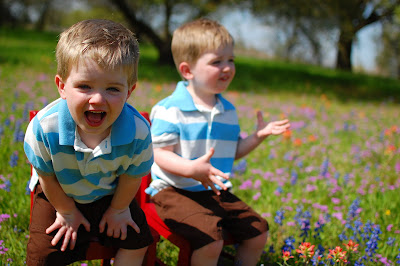 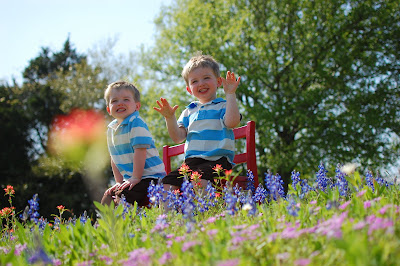 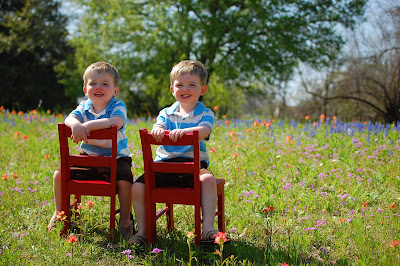 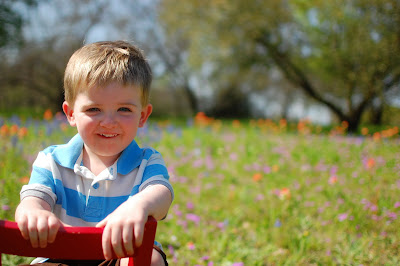 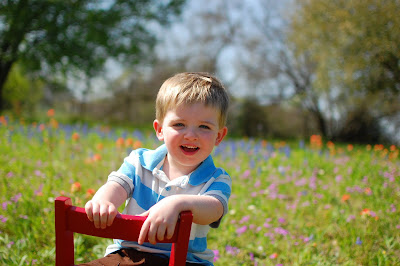 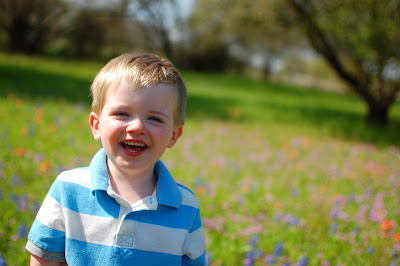 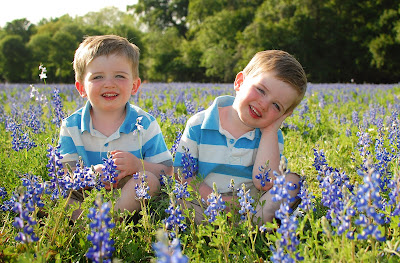 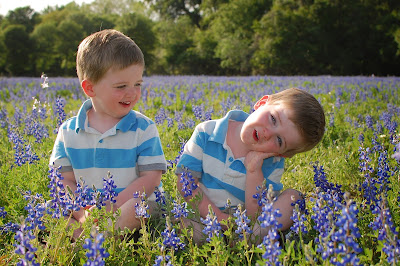 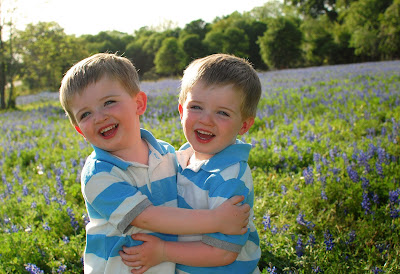 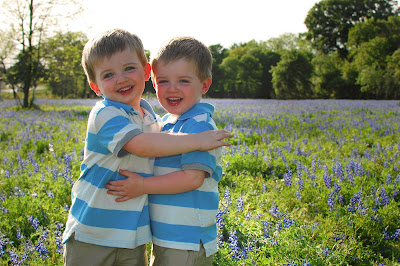 These pics are a looong time coming, but better late than never I guess...

Granna and Granddaddy are building a new house out by Lake Travis. It's pretty hilly around there and they discovered some cool trails that they were dying to show to Owen and Mason. One weekend we decided to take O and M on their first hike to check out what living in the Texas hill country is all about. We had fun being outdoors and could envision Owen and Mason really loving these trails as they get older, especially when they are old enough to explore on their own!

We also took a day trip train ride up through the hill country, stopping for lunch in Burnet. Owen and Mason thought the "real" train was the coolest thing ever! They were so proud to sit in their own seats, have a snack, and even stand up while the train was moving! They especially liked checking out the engine (LOUD!) from the door of the first car, and the open air vestibules between each train car. They stuck their head out like a puppy and saw the steam coming from the engine. They loved hearing the whistle blow at each crossing and thought it was cool that the cars had to wait for us. Mommy thought it was cool too...for once, WE had the right-of-way! We get stopped at least once a week on the way to or from school by the longest, slowest train EVER...which Owen and Mason think is AWESOME. They make me roll down my windows so they can hear it while we discuss what we think is in each train car.

Granna and Granddaddy will close on their new house on Owen and Mason's 3rd birthday (May 10). The marina is thisclose to their house and we are looking forward to lots of fun weekends on the trails and on the lake this summer!