Oh my gosh, this kid!  I think he's going to be the entertainer of the family!  He loves initiating games that make people laugh or cheer for him.  He will even fake burp if you chuckle or draw attention to his real burp.  He is such a ham lately! 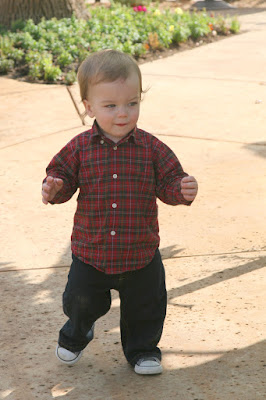