Not much to say except that it is pretty clear that this family is in LOVE with this guy!!  Owen and Mason argue over who gets the spot in the car with the best "Jack view!"  I am constantly hearing them say "but Jack distracted me!"  I have to agree, it is hard to get much done around here when he's awake.  All we want to do is play with him and watch all the cute and new things he is doing.  Such a perfect addition to our family! 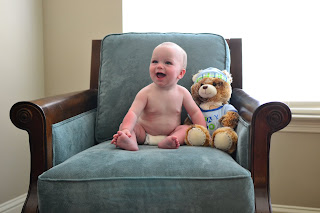 
I did turn seven months on Easter afterall, so I get to chew on an Easter egg! 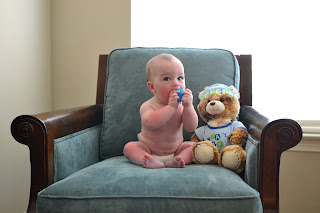